This upcoming April, a real estate investment education company’s in-house ad agency will join other small and medium sized businesses from all over the United States at Facebook headquarters in Menlo, CA.

The ad agency for Armando Montelongo Companies, Montelongo Media, was chosen to to represent the small and medium sized business in the United States, as part of the Small & Medium Business (SMB) Facebook Council.

As of April 2015, Facebook has an active number of 30 million small businesses users. From these, businesses are nominated and interviewed and 10-12 are chosen to become members of the Council.  As members they will stay informed on the latest happenings at Facebook. On council day, they will learn from various teams such as Product, Creative Shop, Instagram, and more. These businesses will serve as a trusted group advocated to help understand what works well and what doesn’t when it comes to Facebook ads.

As the first San Antonio business and all female Latina media buying team to be on the SMB FB Council, Marlene Romo Flores, Digital Advertising Manager, said that “[their] success came from a lot of testing…[they] knew exactly where they want to be, what [their] goals were with the ads…but the thing that helped [them] get to where [they] are was trial and error.”

That comes as no surprise considering Montelongo Media is a direct response advertising company. They were able to triple their online registrants just through interest based targeting.

“A bigger budget doesn’t always mean bigger results, it’s the smarter budget that makes the difference. We were able to get our cost down to $2.58 per click.”

Their ads focus on bold, colorful, and attention grabbing images all while limiting their amount of space and characters, grabbing the reader’s attention and getting them straight to the point.

Things proceed to move forward with the addition of a new blood to the Montelongo Media digital team. Jessica Ramirez, their Digital Media Specialist, was able to bring new, different ideas and a new brain to bounce ideas off of.

“[T]his was the first company that gave me the chance to go all in,” says Jessica. “It’s been an exciting journey since day one… planning, strategizing and creating ads… just seeing everything that I do come to life and seeing it work is just awesome.”

The SMB Facebook Council will be held for it’s 3rd year on April 20-21. 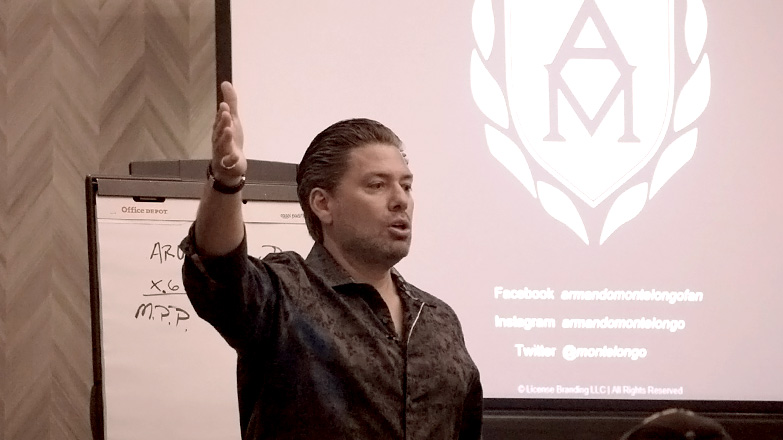 Earnings, income, and success representations made by ARMANDO MONTELONGO SEMINARS ®, its officers, employees, agents, affiliates, or representatives are aspirational statements only providing examples of your earnings potential. The success of Armando Montelongo, Jr., testimonials, and other examples used are exceptional non-typical results and are no way a guarantee that You or others will achieve the same or like same results. ARMANDO MONTELONGO SEMINARS ®, is a real estate investing training and education company. While the Company believes that with the right training and through diligence and hard work, a hungry individual can build real wealth through investing in real estate, but investing in real estate is inherently risky and can leave You the potential investor open to lose some or all of your money. No investment deal is the same – individual results will always vary and may be impacted by Your own individual capacity, work ethic, business skills, experience, level of motivation, diligence, and drive in applying the training you receive through ARMANDO MONTELONGO SEMINARS ®, as well as unforeseen and unknown factors such as the economy, the actions of other investors, government action – including imposing legal and regulatory changes, normal and unforeseen risks of doing business, and other factors.